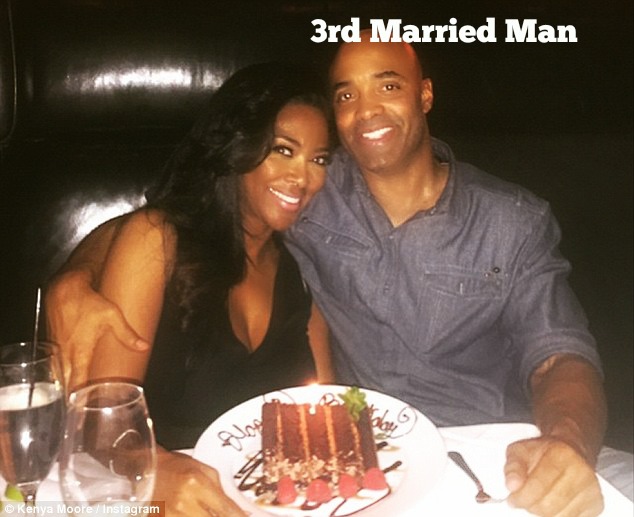 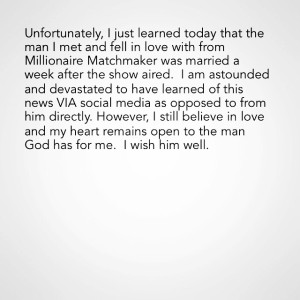 I don’t know if you all have heard the news yet but, Ms Kenya Moore the former Miss USA, Actress, Star of Real Housewives of Atlanta, and Producer of “Life Twirls”  has been deceived by another married man.

These are question I want to know so if you go on Millionaire Matchmaker they don’t do a basic background check. Patty must of set up Kenya to get embarrassed again for ratings because, it’s no way the same thing can keep happening to her back to back. Secondly as beautiful as she is and she can’t find a man of her own yeah right. Lastly who was that dude was he another paid actor she gonna

run out of money paying all these men. LOL

It started with Apollo her castmate Phaedra husband she was all on Bravo getting thrown in pools with the man. Then after that she had her yellow bikini on in Mexico her Apollo, Phaedra was all in the fountain of youth looking crazy.  I”m sorry but, it was some “&*$  Activities” going on now who the &^% is for the people to decide.  LOL  I’m almost forgot the Mr. Tow Truck Guy turns out he was engaged and married another woman.

Then they say she was messing with Roger Bob,  Demetria McKinney boyfriend the actress from Tyler Perry House of Payne Sitcom and a friend of the Real Housewives Of Atlanta.  Then she had an African Billionaire, which was reported on The Wendy Williams Show that he was married too.

I’m still a fan of Keyna Moore I’m sorry this happened to her but, she better start doing her on background check on these man. I hope she is alright.